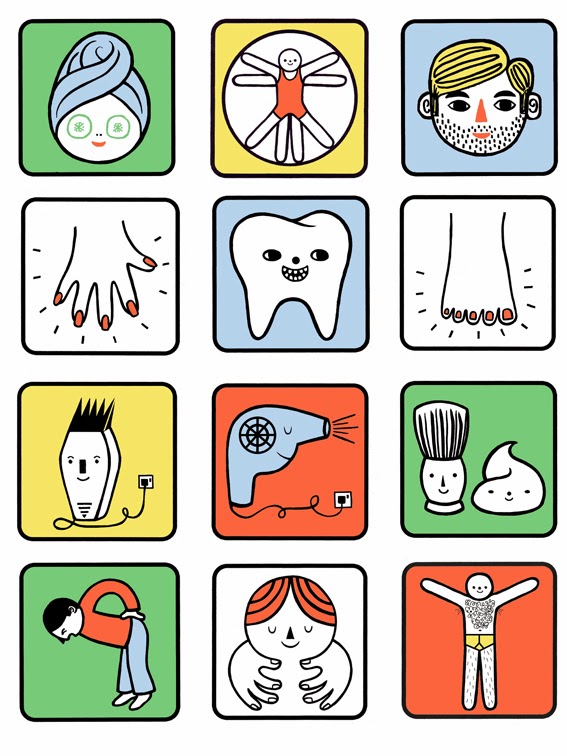 I love it when I get random incoming.  Y'know, the kind of email that plops into your inbox that looks interesting and shiny and full of possibility.

A few weeks ago, I was approached by a new app that is soon to launch.  The founder, Sara Hill said that she'd had one of my stained glass designs on her pinboard for the look of the app since day one, and it occurred to her to try and track down who made it and ask if they would design the icons.

"Oh that sounds really exciting" I said in my head, but then the other half of my brain said "Ha, yeah, shame you know nothing about designing icons for apps".

Luckily for optimistic brain side, Sara wanted the icons to have a hand-drawn feel, not to be computer designed and basically "Just do your thing".  So lots of black felt-tip pen and paper later, here they are (ok, I did the colouring and tweaking on the computer).

The app is called TreatNOW, and frankly it's genius and is going to be huge.  The app will put you in touch with health and beauty practitioners wherever and whenever you need one.  So say you're at a conference in London and you suddenly get terrible toothache, TreatNOW will not only tell you where the nearest dentist is, it'll tell you if they have an appointment.

The app is currently in development, with a mini-launch and trial in France and a full launch in London later next year.

It's been great working on the icons, and pessimistic brain side has had to eat major humble pie.

Email ThisBlogThis!Share to TwitterShare to FacebookShare to Pinterest
Labels: Graphic Design, other things I've made

Sign up below to be kept informed of shop updates, sales & discounts...